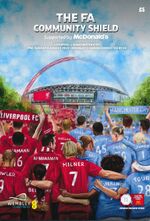 Liverpool participated in the 2019 Community Shield against Manchester City, who had won both the Premier League and FA Cup the season prior. City were the victors by virtue of a penalty shootout, after a 1-1 draw had played out across the 90 minutes.