The 2009-10 season was Liverpool's 118th season of football since they were established. This season was quite a disappointing one in terms of the league and domestic cups, but Liverpool found some success in the Europa League. They managed to make their way into the semi final of the Europa League, before being knocked out by Athletico Madrid - who went on to win the tournament. 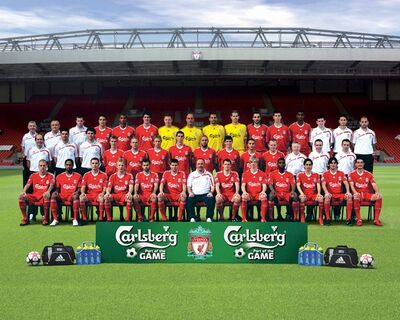 After finishing third in their Champions League group, Liverpool were demoted to the Europa League.

Retrieved from "https://liverpoolfc.fandom.com/wiki/2009-10_season?oldid=26948"
Community content is available under CC-BY-SA unless otherwise noted.