The 2007-08 season was Liverpool's 116th season of football since they were established. This season was fairly successful for Liverpool, with them securing a Champions League spot for the next season after a fourth place finish, and making it to the semi-final of the Champions League. This success was mainly due to Fernando Torres who was in hot scoring form with 33 goals in all competitions. 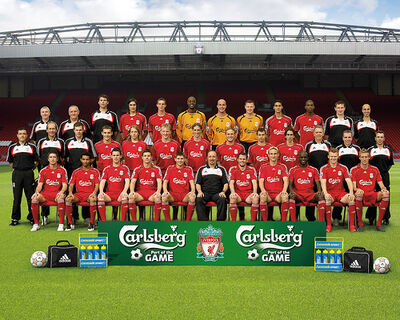 Retrieved from "https://liverpoolfc.fandom.com/wiki/2007-08_season?oldid=26950"
Community content is available under CC-BY-SA unless otherwise noted.