The 2004-05 season was Liverpool's 113th season of football since they were established. Liverpool won the Champions League this season, coming back from 3-0 down against AC Milan to level the scores at 3-3. Liverpool won the match 3-2 on penalties. Liverpool also made it to the League Cup final only to be beaten 3-2 by Chelsea. 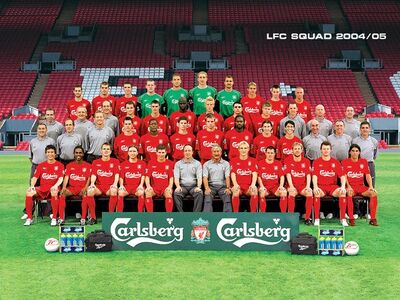 Retrieved from "https://liverpoolfc.fandom.com/wiki/2004-05_season?oldid=26959"
Community content is available under CC-BY-SA unless otherwise noted.