The 2002-03 season was Liverpool's 111th season of football since they were established. Having won the FA Cup the previous season, Liverpool qualified for the Charity Shield were they met Arsenal. They were beaten 1-0. This season was mixed, with Liverpool winning the 2003 League Cup Final but also failing to qualify for the following season's Champions League. 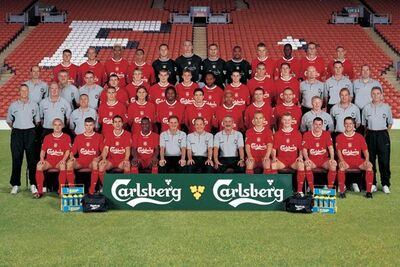 After finishing third in their Champions League group, Liverpool were demoted to the UEFA Cup.

Retrieved from "https://liverpoolfc.fandom.com/wiki/2002-03_season?oldid=26961"
Community content is available under CC-BY-SA unless otherwise noted.