The 2001-02 season was Liverpool's 110th season of football since they were established. Having won both the UEFA Cup and FA Cup the previous season, Liverpool took part in the UEFA Super Cup and the Charity Shield, beating Bayern Munich and Manchester United respectively in both competitions. 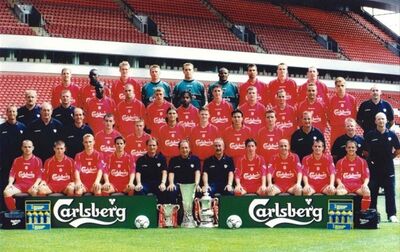 Retrieved from "https://liverpoolfc.fandom.com/wiki/2001-02_season?oldid=27252"
Community content is available under CC-BY-SA unless otherwise noted.