The 2000-01 season was Liverpool's 109th season of football since they were established. This season proved highly successful for Liverpool, with them picking up the League Cup, UEFA Cup and FA Cup treble. 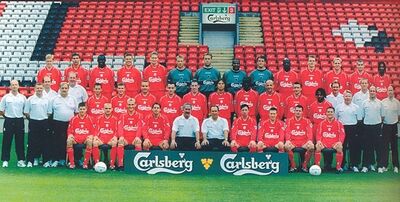 Retrieved from "https://liverpoolfc.fandom.com/wiki/2000-01_season?oldid=26963"
Community content is available under CC-BY-SA unless otherwise noted.