The 1995-96 season was Liverpool's 104th season of football since they were established. Liverpool managed to go one step better than the previous season, finishing third in the league. Liverpool performed disappointingly in the League Cup and UEFA Cup, going out in the early rounds, but reached the final of the FA Cup, where they were beaten by Man Utd. 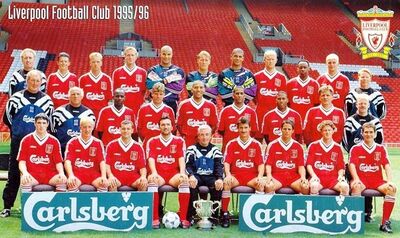 Retrieved from "https://liverpoolfc.fandom.com/wiki/1995-96_season?oldid=26969"
Community content is available under CC-BY-SA unless otherwise noted.