The 1994-95 season was Liverpool's 103rd season of football since they were established. Liverpool sealed their return to European Football finishing fourth in the league, whilst also winning the League Cup. Robbie Fowler improved on his goalscoring record from the previous season, finishing as Liverpool's top goalscorer with 31 goals. 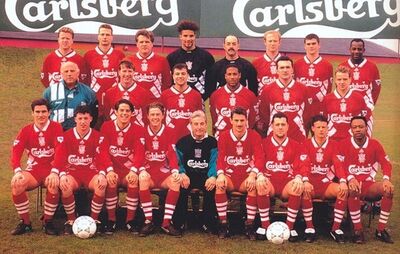 Retrieved from "https://liverpoolfc.fandom.com/wiki/1994-95_season?oldid=26970"
Community content is available under CC-BY-SA unless otherwise noted.