The 1993-94 season was Liverpool's 102nd season of football since they were established. This season was disappointing overall, as Liverpool slumped to their lowest league finish (eighth) since the 1962-63 season. Liverpool also performed poorly in both cups, reaching the third and fourth round in the FA Cup and League Cup respectively. 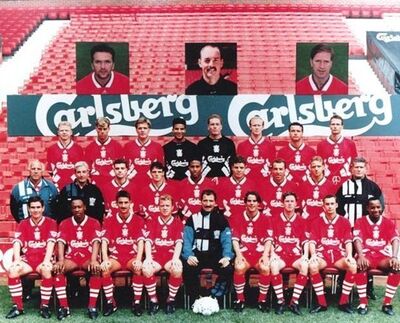 Retrieved from "https://liverpoolfc.fandom.com/wiki/1993-94_season?oldid=26971"
Community content is available under CC-BY-SA unless otherwise noted.