The 1992-93 season was Liverpool's 101st season of football since they were established. The first season of the Premier League was unsuccessful as a whole for Liverpool, as they finished sixth in the league, and went out early in all cup competitions. Liverpool also took part in the Charity Shield, which they lost 4-3 against Leeds. 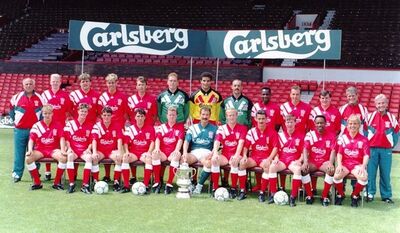 Retrieved from "https://liverpoolfc.fandom.com/wiki/1992-93_season?oldid=9952"
Community content is available under CC-BY-SA unless otherwise noted.