The 1989-90 season was Liverpool's 98th season of football since they were established. Liverpool went one step better than the previous season, reclaiming the league championship. John Barnes was in imperious scoring form racking up 28 goals throughout the season (his highest seasonal tally while at Liverpool). This remains the most recent championship winning season for Liverpool. 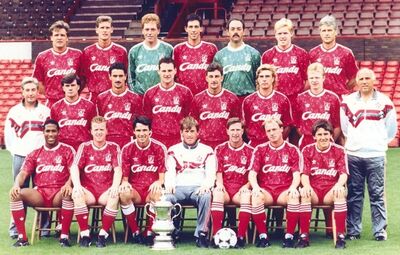 Retrieved from "https://liverpoolfc.fandom.com/wiki/1989-90_season?oldid=25672"
Community content is available under CC-BY-SA unless otherwise noted.