The 1988-89 season was Liverpool's 97th season of football since they were established. This was a reasonably successful season for Liverpool, they were unable to retain their league title (finishing as runners-up), but they did win the FA Cup. John Aldridge showed his scoring prowess scoring 31 goals in all competitions. Due to the Heysel Stadium disaster, English clubs were still banned from European competition. 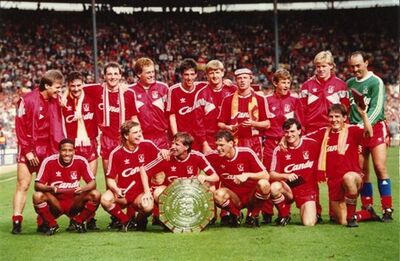 Retrieved from "https://liverpoolfc.fandom.com/wiki/1988-89_season?oldid=9948"
Community content is available under CC-BY-SA unless otherwise noted.