The 1985-86 season was Liverpool's 94th season of football since they were established. This was a very successful season for Liverpool, as they won the league and FA Cup double (the only time they have ever done so). They could have attained the treble had they not been knocked out in the League Cup semi-final by Queens Park Rangers.

In the aftermath of the Heysel Stadium disaster in the previous season's European Cup final, English clubs were banned from participating in European tournaments. The Screen Sport Super Cup was set up to provide a degree of financial compensation - because they would miss out on money brought in from playing in European competitions. 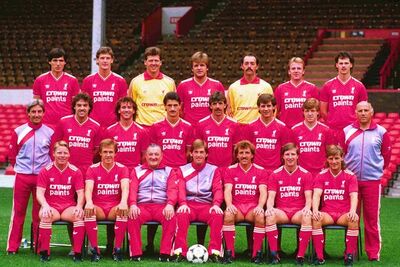 Retrieved from "https://liverpoolfc.fandom.com/wiki/1985-86_season?oldid=9945"
Community content is available under CC-BY-SA unless otherwise noted.