The 1984-85 season was Liverpool's 93rd season of football since they were established. This was a fairly successful season for Liverpool - though they failed to win any trophies. They were runners-up in the league and European Cup, and managed to reach the semi-final of the FA Cup before being knocked out by Man Utd. The League Cup campaign was much less successful, firstly Liverpool barely sneaked past against Stockport in the second round, before being beaten by Tottenham in the following round.

The season ended in controversy with the Heysel Stadium disaster which occurred in the 1985 European Cup Final. Liverpool - along with all other English clubs - were banned from participating in European competitions for an indefinite period as a result of the disaster. 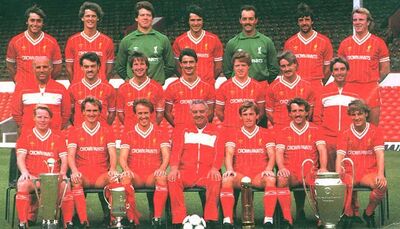