The 1983-84 season was Liverpool's 92nd season of football since they were established. This season was hugely successful for Liverpool, as they won the treble of League, League Cup and European Cup. The only competition Liverpool didn't win was the FA Cup, where they reached the fourth round before being beaten by Brighton.

This season also saw Ian Rush at his goalscoring best, notching 47 goals in all competitions. Rush scored five goals in the game against Luton on 29 October 1983, and four goals against Coventry on 7 May 1984. 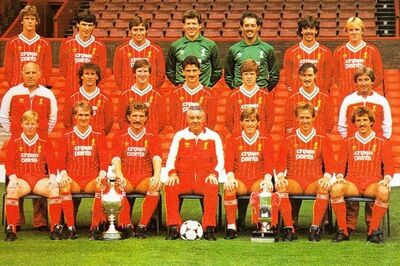 Retrieved from "https://liverpoolfc.fandom.com/wiki/1983-84_season?oldid=20384"
Community content is available under CC-BY-SA unless otherwise noted.