The 1982-83 season was Liverpool's 91st season of football since they were established. This was a very successful season for Liverpool, as they picked up both the league title and the League Cup.

Having established a healthy lead at the top of the table, the season's end was somewhat nerve-wracking, as Liverpool picked up only 2 points from the last 7 league games. 5 of the 7 League defeats came in those 7 fixtures. Unusually for Liverpool, the title was not secured by a win, but by Manchester United  - the team gradually chipping away at Liverpool's lead - drawing. 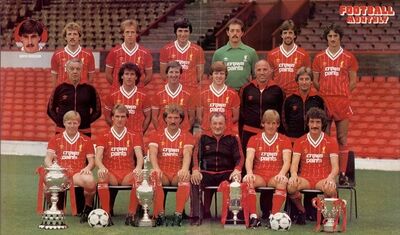