The 1981-82 season was Liverpool's 90th season of football since they were established. This was a successful season for Liverpool; with them picking up the league championship as well as the League Cup. They performed worse in the FA Cup and European Cup, reaching the 5th round and quarter-finals respectively. 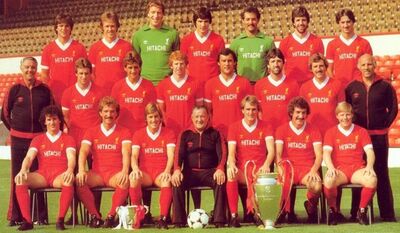 Note:From this season onwards, wins are counted as 3 points instead of 2.

Retrieved from "https://liverpoolfc.fandom.com/wiki/1981-82_season?oldid=9941"
Community content is available under CC-BY-SA unless otherwise noted.