The 1980-81 season was Liverpool's 89th season of football since they were established. This was Liverpool's worst season in the league since the 1970-71 season; though they still finished a respectable fifth place. In cup competitions they were much more successful however, winning both the League Cup and European Cup. 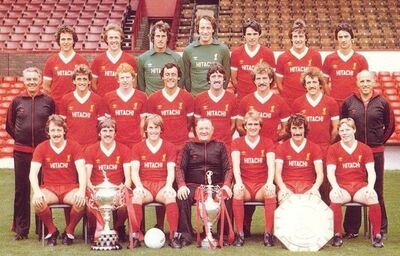 Retrieved from "https://liverpoolfc.fandom.com/wiki/1980-81_season?oldid=21387"
Community content is available under CC-BY-SA unless otherwise noted.