The 1977-78 season was Liverpool's 86th season of football since they were established. They lost their league crown, finishing runners up in the English First Division and also disappointed in the FA Cup, going out in only the third round. They did reach the final of the league cup, where they lost to Nottingham Forest however their biggest success of the season came in Europe, where they won the European Cup for a second season in succession. 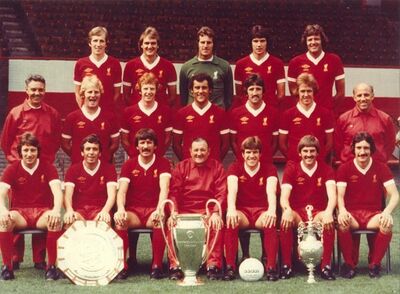 Retrieved from "https://liverpoolfc.fandom.com/wiki/1977-78_season?oldid=24590"
Community content is available under CC-BY-SA unless otherwise noted.