The 1976-77 season was Liverpool's 85th season of football since they were established. The season was one of the most successful in the club's history, as they won both the First Division and their first European Cup. In addition, they reached the final of the FA Cup, however they were knocked out of the League Cup at the first time of asking, in the second round. 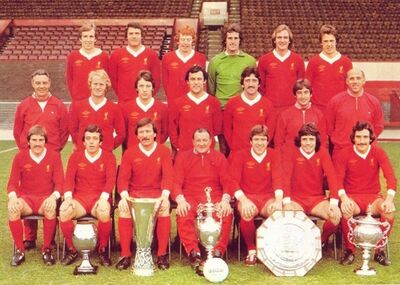 Retrieved from "https://liverpoolfc.fandom.com/wiki/1976-77_season?oldid=21394"
Community content is available under CC-BY-SA unless otherwise noted.