The 1973-74 season was Liverpool's 82nd season of football since they were established. Off the back of their league triumph the previous season, Liverpool finished the 1973-74 season as runners-up, but did manage to win the FA Cup. They reached the fifth round of the League Cup, and the second round of the European Cup. 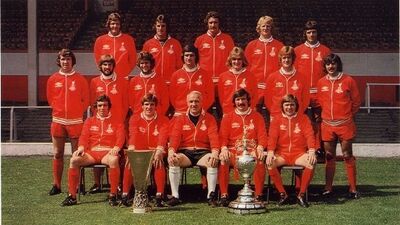 Retrieved from "https://liverpoolfc.fandom.com/wiki/1973-74_season?oldid=9933"
Community content is available under CC-BY-SA unless otherwise noted.