The 1972-73 season was Liverpool's 81st season of football since they were established. This season started the 'glory years' for Liverpool, as they began their domination of English football, winning the league title for the first time since the 1965-66 season. They also won the UEFA Cup, beating Borussia Monchengladbach in the final. The FA Cup and League Cup were less fruitful however, as they were knocked out in the fourth and fifth rounds respectively. 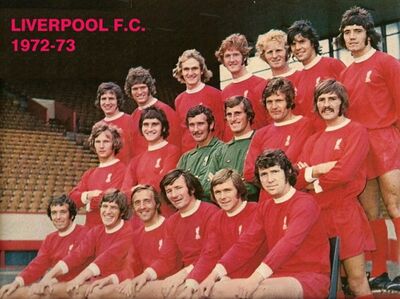 Retrieved from "https://liverpoolfc.fandom.com/wiki/1972-73_season?oldid=25808"
Community content is available under CC-BY-SA unless otherwise noted.